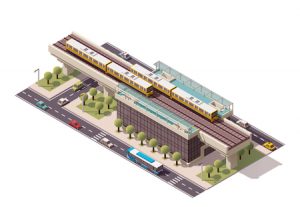 There are many examples in the field of construction where the final cost of public infrastructure has far exceeded the initial budget. In this article, we will comment on some of the most striking cases of Spanish architect Santiago Calatrava and how adequate project management could have solved the budgetary problems derived from poor administration of the resources.

Santiago Calatrava is a Spanish architect born in the early 50's in the city of Valencia. His main creations include large urban structures that redefine the landscape and the city environment. In the beginning, his work begun to reap a lot of success in Spain, especially in his home town of Valencia. Now his work can be seen in European capitals and other parts of the world.

As a result of his brilliant career, he has received awards of international esteem such as the Prince of Asturias Award (1999) or the National Architecture Prize (2005).

However, his career has also been littered with controversial media related to the low functionality and high overhead of his buildings. We will review some examples.

After the fateful attacks of 11 of September of 2001, the City council of New York and of New Jersey wanted to construct a new terminal station designed to connect the PATH to the New York City Subway.

The original concept of the project was a structure that evoked the wings of a Phoenix. In the same way a phoenix resurges from its ashes, New York City in particular and the United States would be able to re-construct from the personal and institutional damage produced by the attacks.

Originally, the Valencian architect presented an estimated project of 1.8 billion dollars. After a series of extensions and extra costs, the construction ended considerably later than planned and with an extra cost that almost doubles the original forecasts.

On the other hand, if we compare this with other public infrastructures, such as the George Washington Bridge, known as the most crossed bridge in the world in terms of people and vehicles, we see that it presented an overrun of approximately four times more. Of course, for these calculations we have adjusted the cost of the bridge for inflation.

It could be argued that a higher cost might be justified by greater utility or the expectation of obtaining a higher economic return from its use. Analyzing the specific case, the New York station built by Calatrava does not meet this criterion.

Calatrava’s station amasses a daily passage of approximately 42,000 passengers, which is hugely contrasted by the 208,000 that transit through Grand Central Station.

Taking into account the data previously used stating that Calatrava’s station is double the cost of Grand Central Station, we can deduce that the daily cost per passenger ends up being approximately 10 times more.

In short, this project, despite resulting in a spectacular monument, has failed to meet the needs of customers and has not respected the original budgets.

Other monuments by Calatrava with similar problems

Although the works of Calatrava are spread throughout the world, some of the most representative works at national and international level and that have presented management problems similar to those of the Ground Zero Station in New York, are the following:

How to solve these problems through project management?

Proper project management has much to contribute in cases such as these. Some of the tasks that a project team can perform through the appropriate systems are: