Controlling time can increase your profits by up to 50%

Time is gold. This phrase has even more meaning in the field of project management.

Technology should provide tools capable of making projects more efficient. Nowadays, collaborative platforms should not only allow task status information to be shared between team members and clients or offer instant messaging and videoconferencing services.
They should go a step further and seek more functional and time-monitoring roles.

Those companies that switch from a more classical system to a more modern and functional system notice the difference; even if they were already leading companies in their sector. This is the case of an Australian company that uses cloud-based IT systems. In 2013, this company had developed approximately 600 websites and created approximately 100 applications for companies. If there was one word to define the development of this company, it would be “success”.
In 2012, with 12 years of experience, its client portfolio included major companies in all sectors - both national and international - and it had become a benchmark in its industry. However, economically-speaking, the situation was not so wonderful. When the CEO checked the company budgets, he realized that profits did not match the number of projects or the quality of the clients in the company’s portfolio. 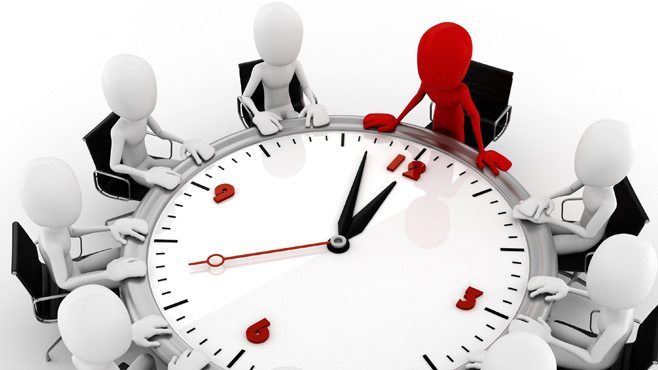 While trying to analyze the reasons for this, he discovered certain periods of “dead time”. In other words, despite time being clearly distributed on tasks, there were many time periods that were apparently not allocated to any work and there was no way of knowing what had been done during those periods.

Besides this wasted time, there was time supposedly used for tasks that proved useless. It could therefore be considered that this time had also been wasted. In other words, many employees - while thinking they were doing their job right - were actually wasting time on paperwork or “fighting” with the software instead of applying their skills to genuinely productive tasks.

In the case of the company in question, most of its work plans were being created in Excel spreadsheets while ignoring the possible use of more advanced and specialized project management software.

To begin with, considering that the company was small and only had a few clients, it was able to complete all its projects in spite of the fact that the tools being used were unproductive. Nonetheless, as time passed and the workload increased, the company realized it was often unable to deliver projects on time. When completing a project behind schedule, payments also arrived late. This began to create budgeting problems and complicated the employee remuneration policy. Furthermore, the accumulation of delays prevented more orders from being accepted that could have been carried out if the previous projects had been delivered on time.

Faced with this situation, company executives decided to seek new IT solutions that would enable more streamlined development of the company and began to gradually implement their discoveries.

The first few months were tough. Not only did employees have to get the work done but they also had to learn how to use the new tools. However, following an initial period of adaptation, everyone was satisfied with the results. Productivity had increased, projects were being delivered on time, employees felt more fulfilled and wasted less time on useless tasks, and the company was obtaining much larger profits.

According to the CEO of the company, the result was a reduction in total project cycle duration from approximately 60 days before the two systems were implemented to approximately 18 days.
One of the main challenges faced by the company was monitoring the time spent on each task, which was unusual at the time for the sector in which the company operated. Time monitoring provided information on which tasks were inefficient and also allowed the holes through which time was “leaking” to be plugged.
Prior to implementing the new software tools, company executives could only monitor 36% of the time worked. Only one year later, with the tools partially in place, they were capable of monitoring 62% of the hours worked.

Returning to that phrase at the start of this article, time is golden. The executives produced an estimate of the economic impact caused by the loss of these hours. The result was between 30,000 and 50,000 dollars in one month.

The Australian company is now a staunch proponent of new technologies. It uses them every day for everything it does: it works in the cloud, it monitors its projects and its employees stay in touch via IT platforms.

This new management method is not only supported by inferred results but by the statistics and actual results obtained in recent years.

At ITM Platform, we offer you a cloud-based system for managing your projects. We include features that allow collaborative work and instant communication between the various members of a project. At the same time, we are a flexible platform that can be run from multiple devices. This means we can accompany you at any time and in any location.

If you seek the best for your company, go right ahead and commit to technology. Commit to ITM Platform.