Project Management Methods: What is Scrum?

Scrum is a flexible method that can be used for managing any type of project. It has been traditionally used in the software sector in particular, but can also be applied to other areas.

It is especially useful in processes with rapid changes or emerging requirements. It is based on a premise that the customer may not have a clear and precise idea about the final goal when deciding to launch a project. Furthermore, it understands that the market, suppliers, raw materials, customers, economic framework, etc... society and the environment as a whole are all in a state of constant flux. The system used for project management should be able to adapt itself to these changes with enough speed so as to satisfy the needs of customers at any time.

To that end, the scrum working method builds a series of constant iteractions. To quote a popular saying, scrum “divides and conquers”. Rather than proposing lavish projects, it divides a complex project into short stages (between one and four weeks), which are usually referred to as sprints. 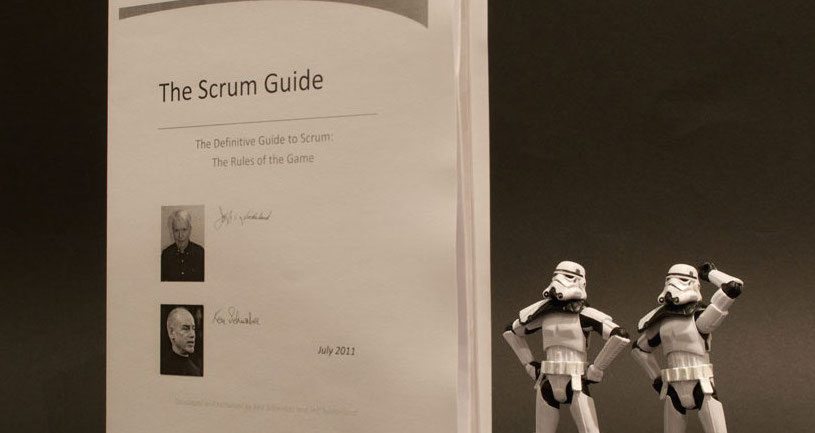 At the start of each sprint, a meeting takes place to establish the targets to be met. There are three main figures at this meeting:

At the end of each sprint, another meeting takes place and this one is referred to as the sprint retrospective. It analyses the level of compliance with established targets, the changes that were necessary while undertaking the work and the process as a whole in an attempt to apply the principle of ongoing improvement (kaizen).

This produces feedback on the process, analyzing the difficulties encountered, improving the execution of future processes and ensuring that the team works a little better each day.

This principle of review and ongoing improvement is also applied during each sprint. The scrum method is based on daily meetings between members of each team. These meetings should be as short as possible in order to detract the least time and energy from executing the tasks. They should not last any longer than 15 minutes. They are used to briefly review the work completed the previous day and establish a list of priority targets for the current day so that each team member knows what they should be doing at any given moment. In turn, the retrospective analysis of activities carried out the previous day should lead to positive feedback by analyzing the strengths and weaknesses.

With this we return to the saying “divide and conquer” because once again we divide the task for each sprint into micro tasks to be completed each day by each member of each team.

This flexible method is not exclusive. It can (and indeed should) be supported by others, such as Kanban, which will make life easier for all workers and increase profitability from the effort made.