Strategy and project planning in a PMO 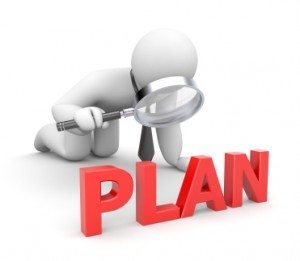 The duties of a PMO include assessing and planning which projects to carry out, a task that usually becomes an exercise in reaching consensus and seeking balance. Let us look at a practical example. Let us suppose that our PMO starts preparing budgets a few months before the start of the next financial year. This preparation can be compared to crossing a ravine on a rope, just like a tightrope walker might do.

In one hand, the tightrope walker holds the list of projects to be carried out in the coming financial year, the economic assessment of those projects, the resources needed to complete them and the overall strategy of the company, etc.

In their other hand they hold the demand, comprising the ideas and needs of all the business units, which will have been previously established by the company’s steering committee through a process of strategic planning.

However, demand from business units does not tend to be organized but rather exists in the form of ideas that compete between one another in an incoherent fashion. When sponsors see that their wishes might not be met, this is usually compounded by their attempts to manage their own projects without support from the PMO.

In this article, we propose a system for surviving the project planning process that involves including the executive team in the project evaluation and selection criteria to thus seek consensus during the early stages of the process.
It basically revolves around a stage-based system that tries to isolate each one until a selection scenario can be reached.

This stage takes place prior to the project and its management per se. The goal is to extract targets or criteria from the strategic plan and assign a value or weighting to them. Various methods can be used to do this. For this article, we have chosen a method called “peer assessment”.

In turn, this process can be undertaken using a variety of media; either an application or a spreadsheet. Regardless of the medium used, we will obtain a value for the objectives and an order of priority. Below is an example result from the above-mentioned peer assessment.

The important thing to notice is not the correction from a content perspective but rather the composition of people who complete this assessment. The ideal scenario is one in which this is carried out by the steering committee. It will thus disassociate itself from the foundations underpinning the decisions ahead.

In the case of large organizations, this process can be repeated by each business unit, with the possibility of different priorities being established for the same objectives or even different objectives.

Stage 2. Assess the projects according to those objectives

The next step will be to compare the value contributions made by each of the projects to each of the business objectives. This stage can be undertaken in parallel to the stage described above or even disregarding it entirely.

In this example, we have used a qualitative method with ‘Harvey Balls’, in which the rows are projects and the columns are objectives. We can therefore decide whether the project contributes more or less towards achieving the objective.

As in the previous case, these evaluations offer a series of ‘base 100’ scores for the projects. However, the key here is that the projects are not assessed on their own merit but are rather weighted according to the previous objective assessment.
Following these corrections, the result would be something like this:

Thanks to the previous stages, selecting which projects to carry out will now be a much more objective and simpler process based on budget restrictions and the application of priorities to the value contribution criteria.

In this example, the star project - the most costly and the one contributing the greatest value individually - could actually be rejected because it provides less (35%) than the sum of other more modest projects (52%), the total cost of which is also lower.

In conclusion, being organized and using the right systems can provide numerical and real data rather than intuitive ideas.

By working in the manner described above, the life of a PMO can be greatly simplified:

This article offered a way of focusing the strategic planning of projects in a more robust fashion and strengthening the role played by the PMO within an organization.