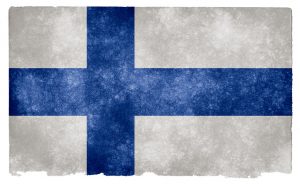 During the past year, various subjects were suppressed in all educational establishments within the education system in Finland, and the teaching method known as Phenomenon-based Learning (PhenoBL) was introduced. In fact, this method involves a collaborative and empirical work between students and teachers through an action that can be considered a step of applied innovation in the field of education, the management of interdisciplinary projects.
Although this method is part of a more generic paradigm that has more than half a century of existence, Project-Based Learning, its adoption as a national educational policy is novel and is based on the diagnosis that "The most important and influential results today are the results of cooperation and networking", which is why learning based on individual examination of static knowledge has lost much of its value.

How do you learn through projects in school?

Compared to passive memorization programs, Project Based Learning engages children in open-ended, project-based activities. The starting point can be a question or a problem that the students are confronted with, and proactively find answers that bring theoretical knowledge into reality through a transformative approach. This approach, popularized in the United States by great pedagogical reformers like John Dewey, recognizes that the traditional model of compulsory school was based on educating for obedience. Many of the students who were socialized into being quiet for eight-hour shifts would would eventually have a simpler transition to jobs as industrial workers.

An outdated model: as is well known, workers and manufacturing are disappearing in post-industrial countries, being replaced by the demand for tertiary workers capable of finding new solutions and adapting to changing situations.

While the old school practiced obedience, memorization, and repetition, project-based education generally involves teamwork, physical activity, critical thinking, and evaluation of the resources available to solve a problem. No less important is the promotion of the person's responsibility over results. In other words, the paradigm tries to put students in the role of researchers, while teachers stop imparting knowledge by authority to move to facilitate a process of direct experience.

Within Project Based Learning, students are active participants in their education. Specifically, they can choose topics or subjects that they would like to learn, plan the learning development together with their teachers and, finally, evaluate their process.

On the other hand, this paradigm also implies important changes in the teaching profession. In other words, they no longer have the usual control over their courses, and their work is not based on master classes, being more like a mentor.

Finnish schools are required to have in their curriculum, for children aged 7-16 with at least an extended period of Phenomenon-Based Learning. Instead of teaching subjects in isolation, such as mathematics, science and history, multidisciplinary issues such as climate change or social issues are tackled, using resources from a variety of disciplines.

The new role of the educator is based on the internalization of the following positive conditions:

Many of these principles have positive consequences for professional organizations and for an open innovation culture. The attention to multidisciplinary teams and the stimulation of the creativity of team members are, at the same time, the inspiration of this educational model and the result of it.

Educators in Finland rely on online platforms to encourage discussion among their students about what topics and concepts they would like to learn more in order to deepen the phenomenon in question.

One of the main benefits of Phenomenon-Based Learning is the perception of a problem from different points of view. Even before the student knows the distinction between different disciplines, he learns that it is possible to consider a phenomenon from different and complementary points of view, the sum of whose parts offers a more complete understanding of reality. Just as there is no single way to analyze a phenomenon, there is no single answer to its construction: each student can build in their own way the path that combines discovery and creation.

Other benefits that are often emphasized are:

- the excitement caused by solving a problem or by putting together the pieces of an idea facilitates the integration of knowledge. Learning (or working) does not have to be boring: it can be exciting.

- the ability to gather pieces to understand the world as a whole, is what will grow students as informed and productive citizens.

Not a trend, but the future of education

Some critical voices have pointed out that the method of learning by projects involves the practical abolition of subjects as we know them today. And with them, the baggage of general culture shared (at least in theory) by all citizens. Thus, depending on the type of projects that students have done, they can leave behind important gaps in all areas of knowledge; from trigonometry to recent history. However, the Finnish National Board of Education has repeatedly emphasized that traditional classes have not disappeared in Finland. Quite the opposite: this method of education continues to coexist with traditional subjects.

However, the reality is that the method is becoming more popular. In Spain, for example, a model similar to the one that works in Finland is already known under a similar name, Project Learning. Specifically, the schools of Jesuits in Catalonia – which educate more than 13,000 students - who in recent years have eliminated subjects, exams and schedules, also transforming their classrooms into work spaces where children acquire knowledge through project management. In addition, its pedagogical model is entitled "Horizon 2020", which implies that this and similar models are not only a trend in education, but the future.