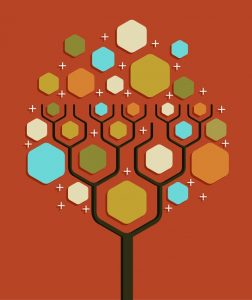 This is the third article in a series devoted to the 10 areas of knowledge covered by PMBOK since its 5th edition. Read more on the two articles already publishedon project integration:

The areas of knowledge are listed by importance

The areas of knowledge recognized in the PMBOK are practical subdisciplines that can be described as a set of methodological component, the sum of which covers the total domain of project management expertise. In contrast with the six phases of a project, the areas do not follow a cronological logic, but are rather sorted by importance. That explains the fact that project integration, almost a meta-area of knowledge that extends across all the rest, appears first and not last. Without component integration, there is no project beyond its parts. In other words, integration is a necessary condition for the existence and survival of a project. We're not even talking about results, efficiency and success.

That's where the next area of knowledge comes in. Now that a project exists, we want to do something specific with it. Project scope management allows to properly fulfill the two most basic conditions for a project to yield the result expected:

The benefits of proper scope management are self-evident: by following the processes included in the area, the project manager will increase the chances of success and facilitate a clear work structure for the project team.

Due to the causal nexus implicit in the notion, scope can refer to:

Project scope co-depends from the two other variables in the famous triangle: time and effort. The three variables exert a reciprocal influence, so that (at least theoretically) a larger scope can be tackled with a longer time devoted to the project or with a larger number of resources devoted to it.

Of course, as we'll see in coming articles, risk management has an enormously important role in scope protection: it forsees possible situation that may alter it, and design mitigation responses.

An accurate definition of the project scope improves time estimates, the efficacy of budgeted costs and the resources needed, forming a baseline against which all subsequent performance metrics and monitoring activities will be tracking. At that stage the scope also connects with the important area of project communication, which is vital to prevent the scope from gradually expanding.

This detailed statement includes the following:

This logical method to decompose the work needed into its smallest possible pieces is vital. Starting from the scope statement, it groups all tasks in a diagram and enables the work of creating a detailed gantt chart with dates, estimated costs, required resources, and possible change scenarios.

WBS can easily become the soul of the planning process - the whole team participates in its definition so no level or task are left behind.

Project scope management consolidates around this imperative document, which contains both the statement and the WBS and extends to a detailed description of work packages with their objectives, assignments, dates, acceptance criteria, assumptions, assigned resources and dependencies.

This instrument of permanent consultation shows the different relationships between work packages and consolidates the scope baseline.

One of the clichés in project management but unfortunately an invariably common risk, scope creep is also known as "Kitchen sink syndrome". Projects are particularly vulnerable to scope creep when they are large and/or innovative. In the latter case, for example, it's understandable that some of the basic requirements in the WBS may become black boxes with more complexity than initially estimated.

Realism is no time waste

That's the reason why an extraordinary effort to compile realistic requirements can avoid so many problems later down the road. It might seem counterintuitive to spend hours trying to properly understand the dimensions of a secondary area within the project - but if major areas have dependencies with it and as a consequence the critical path is accepted, a delay in the project start will surely be compensated with better time control throughout the execution.

Descriptive and permanent communication with the project team and stakeholders substantially supports scope management. Don't think that it's a waste of time to talk to a technician about apparently nimble aspects of her routine: it may help you steer the complexity of your project with dexterity.

Project monitorization requires the adoption of tools that immediately identify deviations with estimated times. If you lack visibility of the time your team members are devoting to their tasks, or if your financial management is not properly connected with the project advance you will immediately benefit from ITM Platform advantages.