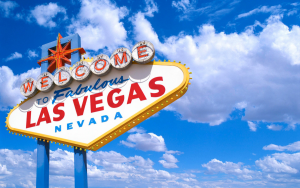 Artificial lakes, Venetian canals inside commercial galleries, fountains capable of pumping water as high as a building ... Few cities make a more spectacular use of water.

Anyone would say that it is an abundant resource. However, Las Vegas is surrounded by the Nevada desert, one of the largest in the world.

How is this possible? Behind this paradox, lies successful project management, which allows for turning the driest of deserts into a fertile oasis. Let's see how.

The city of Las Vegas collaborates with neighboring regions to obtain water supplies. Until 1991, each municipality sought to exploit the Colorado River and Lake Mead independently.

However, during that year, the Southern Nevada Water Authority was founded. This organization aims to ensure the proper use of water by all populations in the surrounding area. This way, it is guaranteed that water is used adequately and benefits not only some of the population but all.

The larger companies in the city have been incorporated into the initiative of saving water. Perhaps not by conscience or social responsibility, but by an economic question: the cost of a liter of water is greater the more it has been consumed.

Regardless of the cause, major hotels in the city have established a healthy competition to see which performs the most efficient water management. Using advanced water purification systems, the main strip hotels only consume 3% of the city's total water.

For their part, ordinary citizens also collaborate. Incentive programs exist for the substitution of conventional irrigated gardens for others of native desert flora. The maintenance of these gardens implies a lower expenditure of water and instead this valuable resource can be used for human consumption.

The result is that approximately 90% of the water consumed by the city is purified and returned to Lake Mead.

Of course, all these changes have not occurred overnight: a gradual adaptation has been necessary. To this end, all public and private organizations, from the largest companies to the self-employed, through industries and families, have had to shoulder the burden in a common cause and adapt to the new circumstances of scarcity. Adapting to this new scenario will ensure the survival of your business model ... and life.

Forecast: the ability to anticipate problems

Las Vegas could never have had a population of 2 million inhabitants and an estimated 35 million visitors a year if it had not had enough water stock.

At the beginning of the 20th century, the construction of the Hoover Dam allowed the storage of large quantities of water, which not only ensured the supply, but allowed the water to become a source of electricity.

The construction of the dam before the water needs multiplied, allowed to face this new situation with guarantees and that the city prospered.

However, the technology is becoming obsolete and the available resources may be insufficient. This situation is also being raised in Las Vegas. Currently, it seems that the Hoover Dam will not suffice in the medium term. As a solution, the city of Las Vegas has sought rights to water from other Nevada basins and the Utah Snake Valley. A new pipeline connection between these regions and the city of Las Vegas will ensure their supply.

What can project management contribute with?

Therefore, for this methodology of project management to work and be carried out properly, it is necessary that all involved share a mentality of entrepreneurship and a predisposition for continuous improvement.

This way of acting, either voluntarily or stimulated by the state of Nevada, has led to involve both companies and individuals in taking measures for water control. Teamwork and good coordination, is what has led to the social and economic miracle that is now Las Vegas.