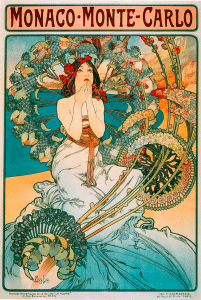 The Monte Carlo Method uses a complex mathematical simulation to estimate the results from calculations in which a precise solution cannot be obtained. It is a method used to make estimates in cases where parameters with significant variability are in play.

As far as project management is concerned, these varying parameters relate to costs and risks. A certain task may cost more or less time depending on the workers available, their physical and mental conditions, circumstances beyond our control that may influence process completion, etc. Similarly, costs are subject to constant variation. The raw material for a certain process may change in price, faulty material may exist, unforeseen circumstances may arise that require an economic response, etc.

In other words, the estimates we make – no matter how precise they may be – are always subject to a certain margin for error. Hence, rather than speak about absolute results, we should speak about probabilistic solutions with a certain degree of confidence.

To that end, a more correct and real conceptual way to make predictions about a project is to estimate average values on economic and time cost, allocate them a probability and variability, and then conduct a simulation that considers all possible scenarios.

To give an example, let’s imagine that a certain event has an 80% likelihood of occurring. This means it will happen 80 out of every 100 times, while it will not happen the other 20 times. At the same time, if it does occur, let us suppose that it generates an approximate cost of 1,000 euros with a variability margin of approximately 10% and a degree of reliability of 95%. In other words, the estimated cost will be 1,000 euros but we assume that it will vary between 900 euros and 1,100 euros in 95% of possible situations.

Let us now imagine that, at the same time, there is another process that also has a certain likelihood of occurring (or not), with an estimated average value and a certain variability, which, in turn, may occur simultaneously with the first (or not). Additional effects may be generated by the two situations arising at the same time or only one situation arising (or none).

As you can see, the possible situations begin to multiply and hence so does the variability in terms of risks, time costs and economic costs. The result after merging the combined probabilities of all the situations and their variability produces some highly unlikely combinations, which can be disregarded, but also other, more likely situations that we should indeed consider when planning a project.

To perform this mathematical process, software is needed that can simulate tasks randomly while considering the probabilities established for each situation and their variability in order to estimate as precisely as possible the various results that might arise in real life.

After conducting the Monte Carlo simulation, the results obtained reveal the likelihood – in graphic form – of achieving the goal of the project with a certain time and economic cost. The executive director of the company will be responsible for determining whether the project is viable, identifying its weaknesses and subsequently launching the project based on the results obtained.