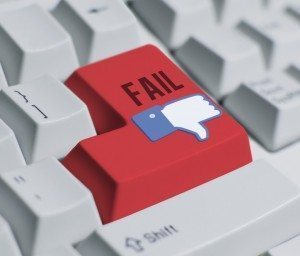 "The fastest way to succeed is to double your failure rate."

While this quote is by no means dogma, nor a desirable way to obtain success, a plethora of companies have had to experience, and learn from, great failures. Finding and scrutinizing reasons for failure is a crucial part of the project management cycle. Here are three examples of the most disastrous project failures in history:

Keep under controlo all the components of your projects withITM Platform, try now for free!

Denver International Airport (DIA), the largest airport in the United States by total land area, and the 6th busiest by passenger traffic.

In 1991, DIA attempted to remodel and upgrade the arduous, time-consuming luggage check-in and transfer system. The idea involved bar-coded tags being fixed to each piece of luggage that went through 'Destination Coded Vehicles'. This would fully automate all baggage transfers, integrate all three terminals, and reduce aircraft turn-around time significantly.

We know that the five key variables all project managers have to deal with are scope, time, cost, quality, and risk. If each of these had a check box next to them, DIA would have a big, fat, red cross in every single one.

When DIA contracted BAE Systems to develop the automated baggage handling system, they completely ignored BAE's projected timelines, instead stubbornly sticking to their unrealistic 2-year schedule. The project was underscoped, and management took on unnecessary amounts of risk. Perhaps the most detrimental decision was to not include the airlines in the planning discussions. By omitting these key stakeholders, features catering to oversized luggage, sport/ski equipment racks, and separate maintenance tracks were not designed appropriately or at all.

Large portions of 'completed' works had to be redone, the airport opening was delayed by 16 months, and losses of approximately $2 billion were incurred. The entire project was scrapped in 2005.

Fail 2- The NHS' Civilian IT Project

Who Failed?
The National Health Service (NHS), England's publicly funded healthcare system, the largest and oldest in the world.

What were they trying to achieve?
The project aimed to revolutionise the way technology is used in the health sector by paving the way for electronic records, digital scanning and integrated IT systems across hospitals and community care. It would have been the largest civilian computer system in the world.

If you were to pinpoint the project's major downfall, you would need a lot of pins. Contractual wrangling plagued the NHS from the outset, with changing specifications, supplier disputes and technical problems pervasive throughout the project's doomed existence.

Unrealistic expectations of both timelines and costs were not helped by inadequate preliminary research, failure to conduct progress reviews, and a clear lack of leadership. The project has been referred to as the 'biggest IT failure ever seen' and 'a scandalous waste of taxpayers money'. Estimates of the damage inflicted upon British citizens fluctuate, currently hovering precariously around the £10billion mark.

While the benefit of hindsight elucidates how the politically motivated nature of the top-down project was never going to suit the localized needs of the NHS divisions, it is yet to be seen whether the ambitious project will ever be re-attempted.

In the late 1950s IBM set out to design and build the world's fastest and most technically advanced computer, the IBM 7030 Stretch supercomputer. The computer would be 100 to 200 times the speed and performance level of its nearest competitor, thus 'stretching' the existing limits of computer design. This ambitious and impressive target resulted in its price being set at $13.5 million.

The project leader, Stephen W. Dunwell, later recalled that what made the project so complicated was that "many more things than ever before had to go on simultaneously in one computer." Engineers faced a conglomerate of challenges in designing and manufacturing many elements of the ground-breaking system; a load-sharing switch which would allow the use of transistors to drive the ferrite-core memory was amongst these problems.

The overly optimistic forecasts meant that project timelines and costs were severely overrun. Additionally, when the first working version of the Stretch was tested in the early 1960s, it was only 30 times faster than its predecessor. This was seen as a dismal failure, and the price of the systems that had already been ordered were cut to $7.78 million, below cost price.

There was a silver lining, however. The manufacturing, packaging, and architectural innovations Stretch had fostered were the cornerstone to many of IBM's future developments, and helped catapult them to the forefront of the industry. If such lofty expectations had not been set at the time, perhaps the project could have been a success. Alas, Stretch is resigned to the history books as being part of 'project management failure' lists such as this.

ITM Platform is a SaaS solution that simplifies planning, tracking, and collaboration among teams, alignment with business objectives and IT governance. This allows you to improve operations, reducing the time and costs of executing projects by 30%.

ITM Platform offers a SaaS solution that deploys more easily and with less risk in the market.