CIOs lead a PMO... even if they don't know it 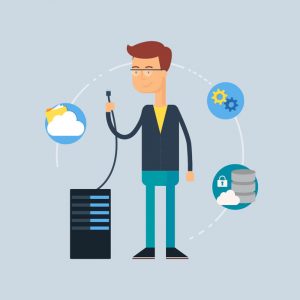 It's not news that Chief Information Officers tend to be considered the directors of all technological projects in an organization.

In fact, in the mid 90s it was understood that project managers could not simply undertake assignments, but should have a comprehensive commitment to the organization's systems strategy. It was then that something similar was proposed: that the PMO directors have a very similar role to the CIOs.

With the consolidation of project management offices in all types of organizations and the emergence of good start-up and operation practices, PMOs have become a clear model for the management of internal projects in large corporations. For this reason, it is also worth remembering the contrary statement: that the CIOs lead the PMO of internal technology projects.

Take charge of your systems strategy with ITM Platform

Lack of definition of the CIO: strategy vs. day to day

It is very difficult to define in detail what is being done by a Chief Information Officer (CIO). There are those who say that they are, quite simply, a budget manager. Although this is a good joke, it is a very imprecise statement: any CIO is primarily responsible for the strategy, practices and policies of an organization's information systems.

That said, the day to day activities of each CIO is very different, varying depending on the industry, the country, the size of the company and the personality of the managers who are above.

In fact, top management's expectations about what a CIO should do is probably the most weighty aspect. It is very different that a General Manager wants to have a CIO to materialize the vision of the business thanks to a technology expert to rely on a system manager to respond as quickly as possible to all their requirements. That's the big difference between a CIO as a top manager and a CIO as a responsible one. Exaggerating a little from this distinction, it can be said that there are two types of CIO: those who do not have time to supervise daily operations, and those who do not have time to get out of them.

At bottom, every CIO is between two worlds: top management, which focuses on long-term vision and value creation for investors; And the day-to-day management of technology, which includes aspects such as:

When the organization is small enough, the CIO can take care of all these aspects; but from a certain size it must rely on a delegation system, laying down rules and procedures for others to assume those responsibilities within a unified framework.

The aspiration of every CIO is probably to establish this frame of reference to be able to dedicate themselves to directing the strategy and to be involved with the direction of the company that counts its counterparts in great multinationals, as for example, one of the great pharmaceutical companies. In the words of Paul Burfitt, CIO of Astra Zeneca until 2006, the work of the CIO is to create frames of reference (policies, standards and strategies) that allow each subsidiary to act on its own, in an empowered way. In the meantime, the CIO is dedicated to designing priorities, objectives and goals, combining in any case the business perspective and that of information systems.

Why the CIO carries a PMO of systems projects

In that difficult balance between day-to-day and strategy is where the CIO's comparison with the leader of a PMO fits perfectly.

It is easy to understand if we ask ourselves the following question: What are the CIO's responsibilities in project management?

Requests for improvements in internal computer systems, databases, management modules, CRM, etc., always grow faster than the ability to generate such improvements. The development of new software and the integration of different technologies are long and costly processes.

For this reason, one of the first responsibilities of the CIO is to ensure that there is capacity to cover the projects to be started and that the resources allocated have the necessary technical knowledge. Hence the importance of comprehensive resource planning.

As the demand for technical work will always exceed capacity, every CIO must know how to say no to ideas, requests, and requirements. For this, it is essential to have guidelines and policies that allow prioritizing and bringing the technology of the organization to its next state.

Likewise, strategic PMOs offer tools and tools for decision-making, which projects need to be started and which are not important enough to go from mere drafting. Sometimes the PMO even has sufficient authority to make such decisions.

When internal policies and strategic plans communicate properly, different departments are more likely to know what to expect from their requests and what kinds of ideas are most likely to be included in the project portfolio.

Agile culture has demonstrated that the success of internal technology projects depends on the degree of commitment of the project sponsors. For technology strategy to match growth prospects, many CIOs make sure that each department is held responsible for the success of the ideas it proposes. In this way, unnecessary requests and ideas whose consequences have not been properly analyzed are avoided.

A PMO has very similar responsibilities, serving as a coordinating body so that all parties involved in the projects collaborate proactively, and offer more business context to project managers to understand the motivation behind each new requirement.

In short, both the CIO and the PMO have the functions of coordinating, monitoring, unifying, evaluating and selecting an organization's project portfolio. The fundamental difference between the two is that the PMO rests very closely on project management methodologies, while the CIO is more responsive to what the organization requires, its strategy and technological challenges. Both roles can be combined productively.

Moreover, responsibilities also come closer to the level of training, continuous learning and the transfer of knowledge. As both the CIO and the PMO have a cross-sectional dimension, routine, conformism and watertight compartments are their greatest enemies.

Benefits of addressing the work of the CIO from the PMO:

CIOs who choose to embrace the idea that they actually have a PMO, even if it is embryonic, can benefit from the following elements:

Of course, the relationship between the CIO and the PMO is variable. It may be a direct dependency, but there are also organizations where the CIO advises the PMO: By being the owner of the strategy and having a much more direct contact with customers and generating value, it can help PMO and Project managers are put in the place of the clients and make the project's own goal through empathy.

Objective: to enter the steering committee

According to a study by Russam GMS, only 2% of the steering committees have a CIO. And that despite the fact that it is a generalized aspiration of this profile with clear benefits when deciding the direction of a business adventure.

The isolation of the top representative of information systems from top management is another point of resemblance to PMOs: very few organizations admit the PMO director to the committee, considering everything that has to do with the direction of the PMOs. Projects at a lower level than the executive.

However, both the CIO and the PMO display their maximum organizational capacities when they have as their mission to design and maintain governance systems.

When project governance is incorporated into the steering committee, project performance is maximized and the contribution of projects to the organization's objectives.

When the CIO that joins the committee not only monitors technological governance, but is involved in project governance, the organization will be laying the foundations to achieve maximum strength as a digital actor. A real demon for the competition.